WoooHoooo. At The Annual Bigelow Forum in September 2019 we experienced a…well let’s just say… an energetic group discussion among and between four seasoned, successful high-performing Entrepreneur Owner-Managers (EOMs). Our friends/clients learning, growing and generously sharing their experiences with their EOM peers.

Happily, it was recorded. So here’s your chance to “listen in” on this live private panel discussion we hosted including Deb Grass, Co-founder of Astroseal Products Manufacturing, Jan Blomstrann, Co-founder of NRG Systems, Ross Silverstein, Founder of iPROMOTEu.com, and Mark Taylor former owner of Reading Plus. The panel was skillfully moderated (lassoed?) by Rob MacLeod. These four charismatic EOMs had a lively and engaged discussion that illuminated their different stories—different journeys really—as they built Enterprise Value, captured capital gains, and powered into their next chapters full of vim and vinegar. 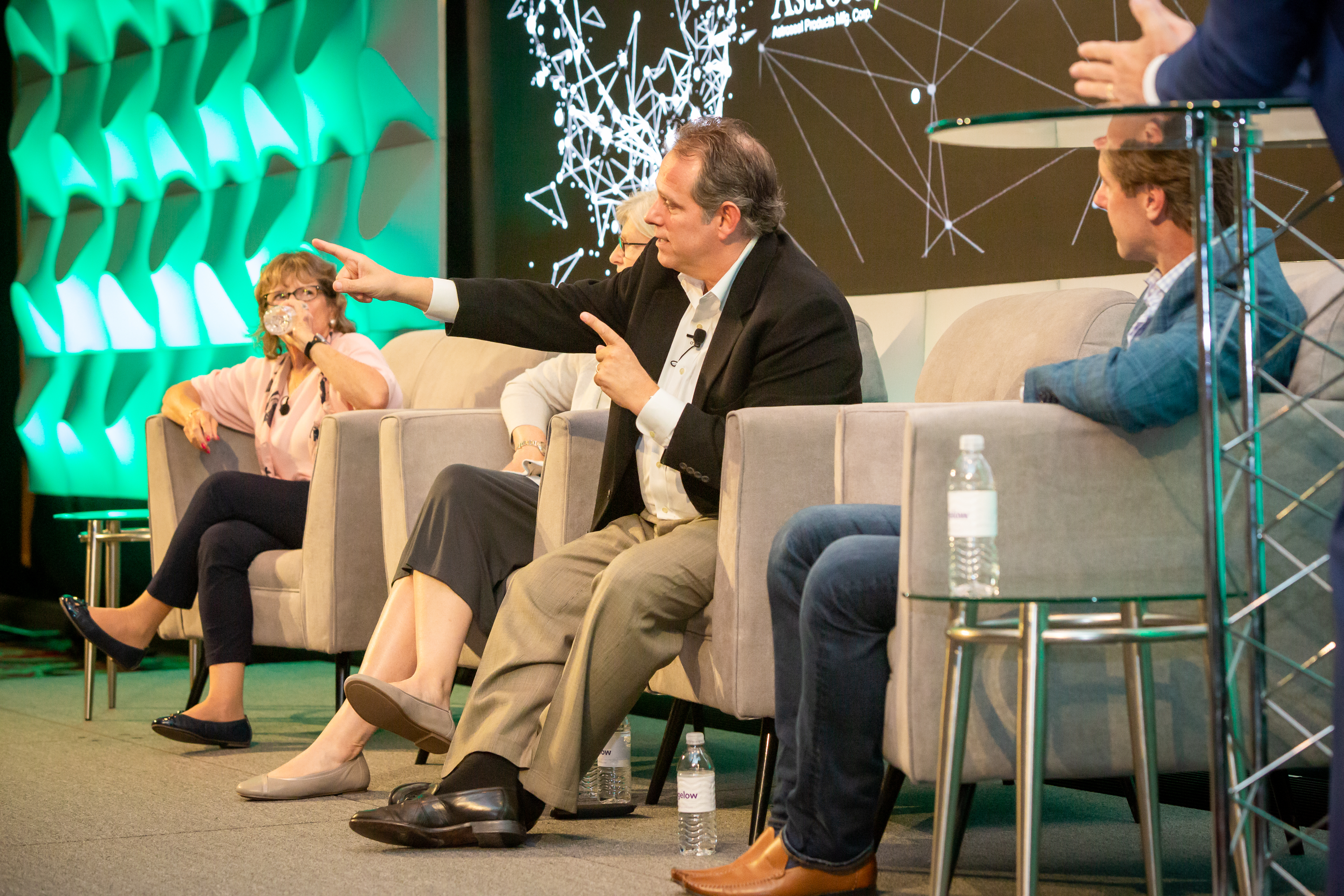 The Big Story of Downton Abbey

The Downton Abbey film (2019) interests me for the same reasons the original Masterpiece Series did. Sure, I attempted to pay attention to (or remember) the sub-plots in the story, but what really rivets me is the Big Story: the craft or techne where Julian Fellowes, Liz Trubridge, and Gareth Neame skillfully reveal the historical story of an evolving (declining) culture.

From six years of the series to this feature movie we see pure monarchy, feudalism, strict primogeniture, class structure—a way of life— all seemingly frozen in time, until jarred into transformation by a series of crises. The way it was (from the beginning of time) slowly and in some ways sentimentally and humorously crumbling, giving way to the blossoming of individual freedoms, women’s rights, property rights, questions over dogma, and entrepreneurship; some push, some pull.

Science and the questioning of the scientific method has emerged and will never get back in the box. Galileo, Newton, Banks, Darwin, Watt, and Wedgwood. From once sleepy Yorkshire right into the heart of the Industrial Revolution and its huge cultural chasms to the assassination of Archduke Ferdinand. To me The Big Story of Downton Abbey illuminates the arc of historical evolution—change, which more often looks like a jagged stairstep than a smooth arc. From our vantage point, we look in at this story, set in 1927, and secretly know that the velocity of change in their world is just about to accelerate in ways that they could not imagine in their wildest dreams (or nightmares).

What are the other things I (secretly up to now) love about the series and the movie? The attire and the interior decorating. I mean Holy $#%& the outfits are an example of magnificent verisimilitude (I have been waiting so long to use that term in these posts). The waistcoats, the white tie and tails, the tactility of the fabric, the detail of the working buttonholes, the boots, hell, the…butlers’ uniforms. Especially Carson. Unreal.

The interiors burst with light, glorious color, and essentially…decadence. Anyone but me notice the striped furniture fabrics, the teal wallcoverings, the coral paint? Possibly my feminine side emerging (Downton fans are 74% women). Okay then, how about the period autos, the attention to landscaping, the firearms? Fantastic. Feeling mind-body restless, Kareen and I shoved off for a short road trip adventure in mid-October. After flying to South Dakota, we drove through southwestern South Dakota, eastern Wyoming, and northern Colorado, eating road food, and staying mostly in no-tell-motels. Easterners by geography, but westerners by temperament, we were energized by the light in the Badlands and glad we had a rental with 4WD in a surprise snowstorm and whiteout in Keystone, South Dakota. Loved free-ranging bison roaming over the roads in Custer State Park, viewing the Devils Tower up close (remember the movie Close Encounters?), Mt. Rushmore in the snow, driving through hundreds of miles of grassy plains in Wyoming before the front range of the Rockies popped up in Colorado. Not a corporate restaurant chain in sight. How skillful and artistic were those old Civilian Conservation Corps as they cut roads through the forest, carving out one lane wide tunnels under mountains positioned just so…where you glimpse the faces of Mt. Rushmore as you exit the tunnel (3 different tunnels from 3 different directions all with that caring artistic touch).

We were reminded once again of just how massive our country is with incredibly elevating, awe-inspiring natural beauty.  At the same time, from our engagement with incredibly generous, helpful, and friendly people along the way, we were reminded once again of how ironic it is that the so called most sophisticated regions of the country (the coasts) are by contrast surely the least self-aware, provincial, and close-minded. Great Positive Energy on the Western Plains.